And so another chapter begins! I have written before about the tortuous journey of pregnancy in Uganda; the number of women and their babies that die in this part of the world is still staggering. Of thirty female friends you may have, you could expect at least one to die of pregnancy-related issues, and five of their new-born babies to die in the first days of life. The disasters tend to cluster around the time of delivery – babies getting stuck, bleeding, accelerated high blood pressure – so surely the answer is better surgeons, better labour suites, new instruments. But it seems that each of these seemingly sudden events has a slightly longer story. What if we could predict who would end up in a critical condition, and intervene before things unfold?

Friday morning at The Royal London Hospital in Whitechapel. The waiting room in the antenatal clinic is a cacophony of Bengali chit-chat. We will see about 50 women who have developed diabetes during the course of their pregnancy. There is a natural tendency of the body to become slightly resistant to insulin during the second half of pregnancy; add to this increasing maternal age, obesity, and a South Asian genetic preponderance to diabetes and you have the perfect storm. The evidence is quite clear – uncontrolled diabetes in pregnancy is associated with bad outcomes – babies grow too big and get stuck during labour, the placenta begins to wither early and cause the high blood pressure disorder ‘pre-eclampsia’, and the baby’s blood sugar can rebound and crash in the first 24 hours, causing seizures and death. We therefore offer these women an intensive service of surveillance; blood sugars are checked four times per day, medications and insulin are tweaked, babies are scanned regularly. We know that if we get it right (and don’t ruin the woman’s joy of pregnancy too much…) then their perinatal outcomes are almost as good as their non-diabetic friends. How fortunate to live in a place where such a service may be afforded.

Back in Uganda and the department of obstetrics have noticed an increasing number of large babies, and the usual complications of pre-eclampsia and early neonatal seizures. Do women in Uganda get diabetes in pregnancy too? That’s the question. The evidence is sparse, unreliable, and contradictory to date. One thing is clear – diabetes should no longer be seen as a ‘disease of affluence’. 100 years ago only the rich could enjoy the luxuries of sugar, tobacco, opiates; indeed the tides of world history were governed by their consumption. But today these products are increasingly available and cheap, and are being consumed in greater quantities by impoverished communities. Diabetes and obesity, once the signature of wealth and prosperity, and now diseases of the poor in the UK. In Africa, the cheapest way to take calories are through sugar and other fast carbohydrates, where universal access to coca-cola seems to have been realised more readily than universal access to health. Add to this a theory that malnutrition in childhood and chronic infections may reduce the body’s ability to secrete insulin later in life and suddenly the idea of diabetes in Africa doesn’t seem so far-fetched. 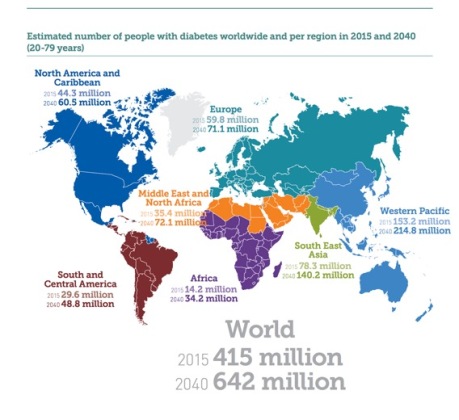 I’m pleased to have joined a project which has set out to try and answer some of these questions. Is there a large burden of diabetes in pregnancy here? how bad are the outcomes? what’s the most practical way to diagnose the condition? what happens to the babies as they grow? Extracting quality data from a noisy environment is a challenge, but there seems to be a great team dedicated to the work. We have five sites, three here in Kampala, and then two others in Entebbe and Masaka. The initial site visits have shown that the diagnosis of diabetes is rarely made; that’s not to say it’s not a problem, as the disease is often asymptomatic and reveals itself through bad perinatal outcomes that are often put down to another cause. If a baby dies on the first day of life, ‘birth asphyxia’ is considered before diabetes in pregnancy. If a baby gets stuck during labour we say ‘inadequate pelvis’ before we say big baby. The pilot recruitment has finished, and we expect to have all sites up and running in the coming weeks.

The next question is how we treat this condition in an environment where measuring sugar levels at home and complicated insulin regimens are neither practical nor affordable? My job has been to write the treatment protocol for the study, a pragmatic approach to diabetes in pregnancy in the low-resource setting. For now there is a lot of room for individual clinicians to make decisions based on their own experience; facilities are so varied that imposing a universal approach would be futile. But we are laying the groundwork for the creation of national guidance in the future. My own feeling is that a more robust system of antenatal surveillance will be the intervention that makes the difference, not an obsession with precise glucose measurements. It comes back to this recurring theme; many of the bad outcomes women suffer contain a story in the antenatal period. Studies like this will familiarise us to the twists and turns of this story, so we are in a better position to interpret things as they happen, and intervene before things deteriorate. The long-term vision is the ability to identify women at high risk of any metabolic disorder, not just diabetes but hypertension too, and support them in a more streamlined and dedicated service. Most pregnancies are uncomplicated; can we predict which will turn out otherwise, and help them not get lost in the crowd?

And of course, we’ve done a bit of biking…

The view from Rwakobo rock across the acacia savannah 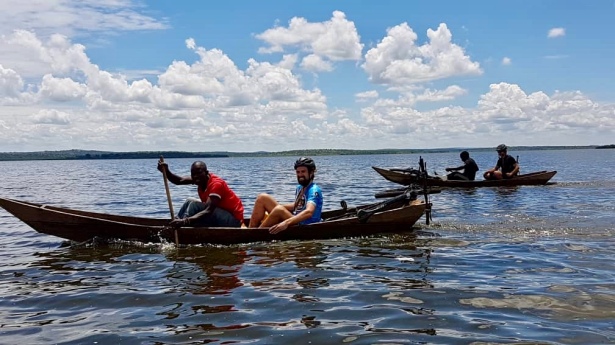 Hitching a ride across the lake with the bike 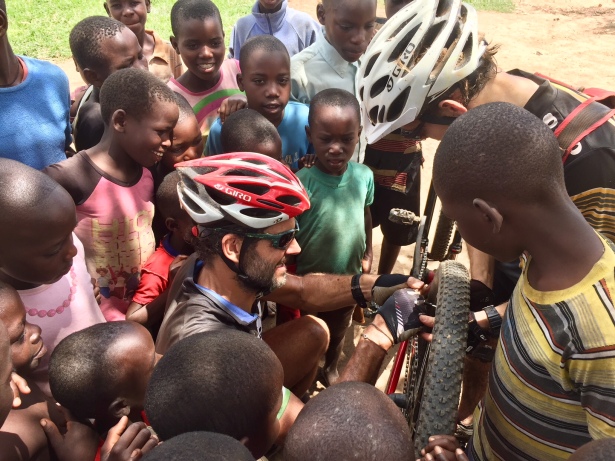 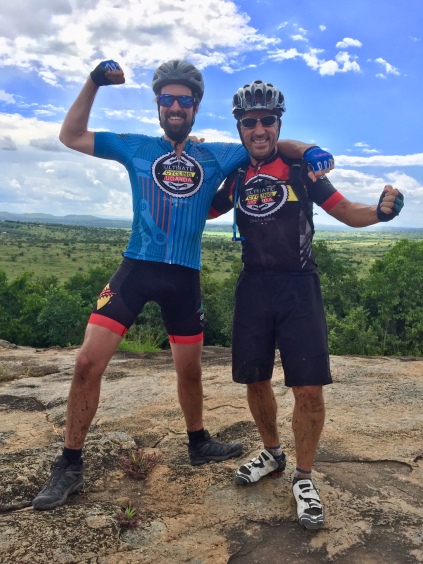